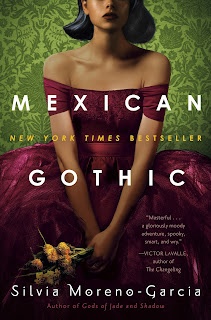 From the time Noemi sets foot in “High Place”, the story becomes creepy. The family, the staff, what is happening to her sister? Creepy. The house, her room, the grounds, the constant thick mist? Creepy. Then the story emerges itself further into the gloom and, yes ... creepiness. Why am I using the word creepy so much? It’s because Moreno-Garcia weaves a setting which emotes such a feeling in the reader.
An excellent gothic tale, well told.
About Silvia Moreno-Garcia 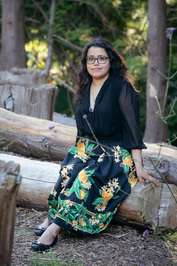 She has edited several anthologies, including She Walks in Shadows (World Fantasy Award winner, published in the USA as Cthulhu’s Daughters). Silvia is the publisher of Innsmouth Free Press. Her fiction has appeared in numerous magazines and anthologies.

She has an MA in Science and Technology Studies from the University of British Columbia. Her thesis can be read online and is titled “Magna Mater: Women and Eugenic Thought in the Work of H.P. Lovecraft.” She lives in Vancouver, British Columbia.
Posted by Swordsman at 09:33