Book review: Tavern in the Town

I just finished an interesting book called Tavern in the Town: Early Inns and Taverns of Ontario by Margaret McBurney and Mary Byers.

It was written back in 1987 and explores the early inns and taverns in Ontario from way back in the early 1800s. Filled with pictures and drawings of inns which have long since disappeared and many which still stand, each chapter of the book follows a stage coach run or area of Ontario.

The authors have written the book with a sense of humour and have quoted from newspaper articles and the journals of many travellers who visited those places.

Being from Toronto, I particularly enjoyed the chapter on Toronto and the chapter on Yonge Street. I found it interesting that many of the street names came from tavern owners. The Golden Lion stood on the SW corner Yonge and Sheppard Ave and was built and owned by Thomas Sheppard, who held band practices at their inn and built a dance hall over their drive sheds.

Just north of there, John Finch owned and ran Finch's Hotel on the NE corner of what is now Finch and Yonge. Thomas Steele owned a tavern at Steeles and Yong. Both places were built in 1847.

If you think the quality of the liquor sold at these taverns was of any quality, think again. The final chapter has the recipes for making different liquors. There are many recipes for different brandies, but none for whiskey. Being a rum drinker, I enjoyed how rum was made. The authors do note that the recipes are presented for interest only and should not be used. Good advice I say. 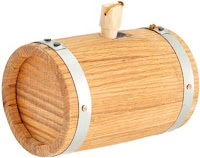 I would recommend this book to anyone who has an interest in the early history of Ontario. It is an entertaining and enjoyable read.
Posted by Swordsman at 09:38